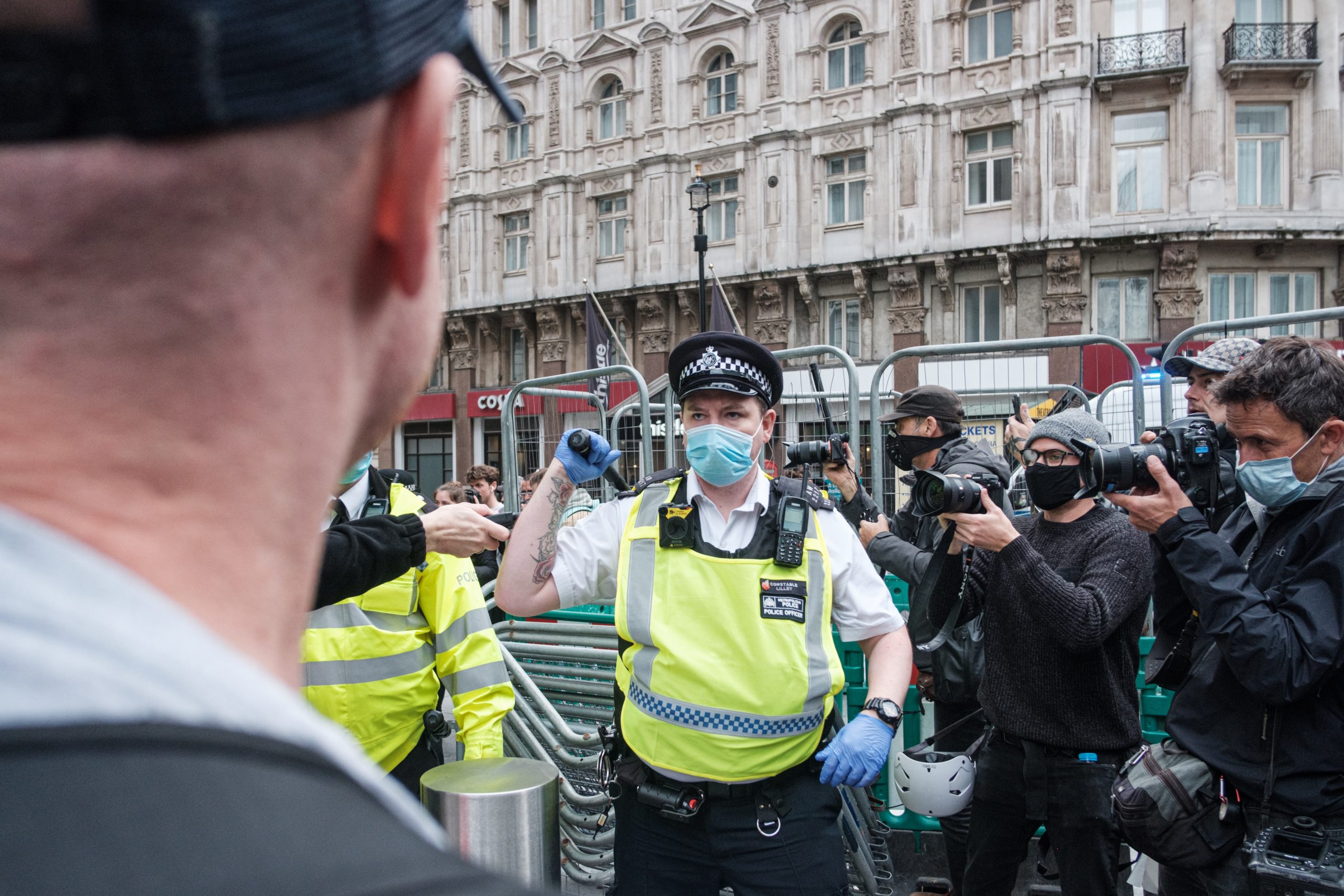 Europe is on a precipice. It has marched, blindly, towards something very much resembling tyranny. Austria will shortly criminalise those who refuse the Covid vaccine. Germany looks set to follow. Ursula von der Leyen, president of the European Commission, is wondering out loud if every member state should do likewise and make offenders of those who reject this form of medication. In Italy you are deprived of your livelihood rather than your liberty if you say no to vaccination: the unvaxxed are not permitted to work. Anywhere. In Greece, everyone over the age of 60 must pay the government 100 euros for every month they remain unvaxxed. As if the Greek government, in cahoots with its masters in Brussels, had not immiserated Greek pensioners enough already.

Police in Rotterdam opened fire on people protesting against Covid restrictions. Three were seriously injured. Austrian cops have wielded batons and shields against the thousands who took to the streets of Vienna to say no to mandatory vaxxing. In Brussels, the black, bureaucratic heart of the EU project, water cannons and tear gas were unleashed upon citizens agitating against vaccine passes. The irony is almost too much: in the European quarter of Brussels, the very part of Europe in which the modern European sensibility was forged by politicians, experts and technocrats, ordinary people make a blow for freedom and the forces of this supposedly liberal new continent beat them down. Rarely has modern Europe’s bluster about ‘human rights’ and ‘respect’ been so savagely exposed.

What is happening in Europe right now is nothing short of terrifying. We are not merely witnessing another round of Covid restrictions. This isn’t just the introduction of another set of emergency measures that some people believe are necessary to stave off the latest Covid wave and the Omicron threat lurking on the horizon. No, we are living through a chilling overhaul of the entire relationship between the state and the individual, with the state empowered to such an extraordinary degree that it can now instruct its citizens on what to inject into their bodies, and the individual so politically emaciated, so denuded of rights, that he no longer even enjoys sovereignty over himself, over that tiny part of the world that is his own body and mind. We are witnessing the violent death of European liberalism and the birth pangs of a new and deeply authoritarian era.